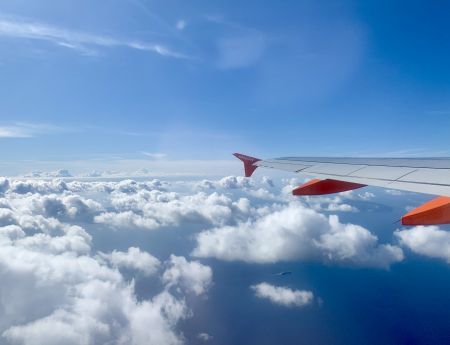 Our budget calculator is here to assist you in planning your training. 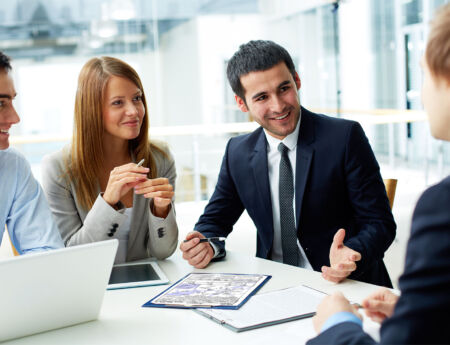 The stages of modular training

If you chose modular training, there are a number of separate courses which you need to complete. Potentially, they can be combined to provide a single connected package of training – delivered by an organisation such as Wings Alliance – just like integrated courses do.

The starting point is a Private Pilot’s Licence (PPL). You may complete this full or part-time, with your local flying club, or go away for an intense course.

A PPL course will consist of 45 flying hours on a small single engine aircraft, of which at least 10 hours will be without an instructor (solo). You will learn all the basics of flying and complete the course with a flight test, which will add about another 2½ hours.

When you have passed this you can apply for a licence which will allow you to fly alone or with non-fare paying passengers.

Hour building during your modular training

Before you can start the CPL course, you need to amass a minimum of 150 hours flight time (including your PPL hours). Much of this should be solo, or when you are in charge of the aircraft (Pilot in Command, or ‘PIC’).

You will need a total of 100 hours PIC by the time you get your licence issued, and most of the CPL flight training course will be flown dual. You will probably have about 10 hours PIC from your PPL course, so you need to get close to another 90 hours PIC before starting the CPL course.

In theory, you can do what you want during this hours building. It is wise to get a night rating during this period, which is a short five hour course, including some night time solo flying. However, it is unwise to waste this time pleasure flying.

At your experience level it is quite likely that you will develop bad habits that you are unaware of during your hours building, and you really should be practising the skills learnt on your PPL which you will expand upon during your next course.

Therefore you would be well advised to complete this flying under the supervision of a member of the Wings Alliance who can advise you what to do, and occasionally fly with you to ensure that you are not teaching yourself poor habits.

This course can be done at any point in your modular training but must be done prior to multi-pilot training. A UPRT course will include at least 3 hours of dual instruction and 5 hours theoretical training in the classroom. Its aim is to teach pilots the required skills to prevent and recover from unusual situations or upsets during flying.  Read more about UPRT training.

The minimum licence you will need to work as a commercial pilot is a Commercial Pilot’s Licence (CPL).

To gain a CPL you need to:

As most pilots have the ambition to progress to larger, multi-pilot corporate or airline aircraft, they will need to complete the Airline Transport Pilot Licence (ATPL) exams. However, if you only plan to fly single pilot operation aircraft, you could do the less complex CPL theory exams. Most pilots will skip the CPL exams and do ATPL theory.

You could do a full-time residential course, which will last about six months. However, most pilots opt to do a distance-learning course, at their own pace, while carrying on with their flight training and/or work.

The usual pattern is to complete a phase of individual learning, and then undertake a short full-time period of classroom learning, followed by the exams.

It is normal to split the 14 exams into two or three modules of training, so this pattern is repeated two or three times. The best courses include access to online question banks, so you can do lots of practice exams before the real thing.

The next three courses, the Commercial Pilot’s Licence (CPL), Multi Engine Piston (MEP) class rating and the Instrument Rating (IR) may be completed in any order (except the MEP, which must be before the IR). The most conventional route is to do the CPL on a single-engine aircraft first, to save costs, and then to move onto multi-engine aircraft for the IR.

Before commencing a CPL course, you must:

The course consists of 25 hours flight training of which up to five hours may be completed in a synthetic Flight Training Device (FTD), and an approx. 2½ hour flight test.

Most CPL courses are on single engine aircraft to save costs, although a multi-engine aircraft may be used; if it is, then you will either have to do the MEP course first, or combine it with the CPL course.

The flight test will add about another 2½ hours. Sometimes the aircraft hire for the test is excluded from the course price and usually the test fee is as well.

Many people will complete the MEP course next, before the IR. It makes sense to do this training on the same aircraft type that you intend to fly during your IR training, and with the same flight school.

The course consists of six hours training and about one hour for the test.

However, the rating would then be restricted to single-engine aircraft and so not very useable, and you would need to do a multi-engine IR before flying multi-crew aircraft, which is the destination of most of our pilots.  A multi-engine aircraft IR is often known as an MEIR.

Of the 55 hours, up to 40 hours may be completed in a FTD called a Flight Navigation Procedure Trainer, type II (FNPT II or to avoid confusing II with eleven, FNPT 2).

The course hours must all be what is called ‘instrument time under instruction’. All the time completed in a FTD qualifies, but the take-off and landing in the real aircraft do not.

This is because they are completed visually rather than looking at the flight instruments, so in practice the flight time element of the course will be about 17 rather than 15 hours.

The test will add about another 2½ hours and, as with the CPL course, the cost of the test is often excluded from course price.

At this stage you may apply for a CPL licence, with a MEP class rating and an instrument rating. It is likely that you will have done the ATPL theory exams rather than just the CPL exams, so you will be able to fly as co-pilot on a multi-crew aeroplane.

Sometimes people refer to this licence as a ‘frozen ATPL’ or fATPL; there is no such licence really, they are just referring to a CPL with ATPL theory. If and when you have the appropriate flying experience, you will be able to upgrade to an ATPL without any more formal training courses.

Before you may fly as crew on a multi-pilot aircraft there is one more course you must complete. This is called a Multi-Crew Cooperation Course (MCC). MCC courses are being phased out in favour of a much more comprehensive Airline Pilot Standards Multi Crew Cooperation (APS MCC) courses.

The regulatory requirement is quite a short course consisting of a few days theory training, or ‘groundschool’, and then ten hours in a simulator. Sometimes an MCC course is combined with a type rating course, which is the course an employer will require you to do on their specific aeroplane type.

However, most employers will require you to have an MCC certificate before they will consider your job application and increasingly favour APS MCC courses.

Therefore it would be wise to check what your target employer recognises and requires before paying for an MCC course.

And there you are. Fully qualified, and joining the hundreds of other newly qualified commercial pilots looking for that all important first job. This is where many flounder, realising that qualification does not automatically lead to employment.

We focus on your career rather than just your training and licence, as those are the stepping stones to your objective; that first job.

If you want more information about how to structure your modular training, have a look at this blog article; it repeats some of the information here, but goes into more detail.